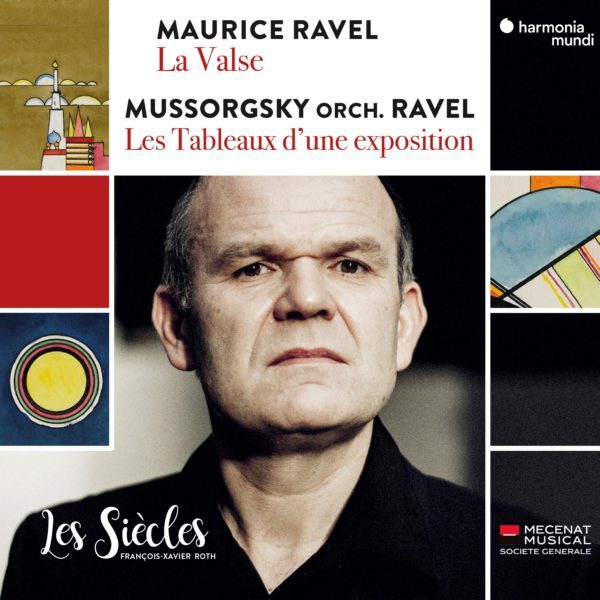 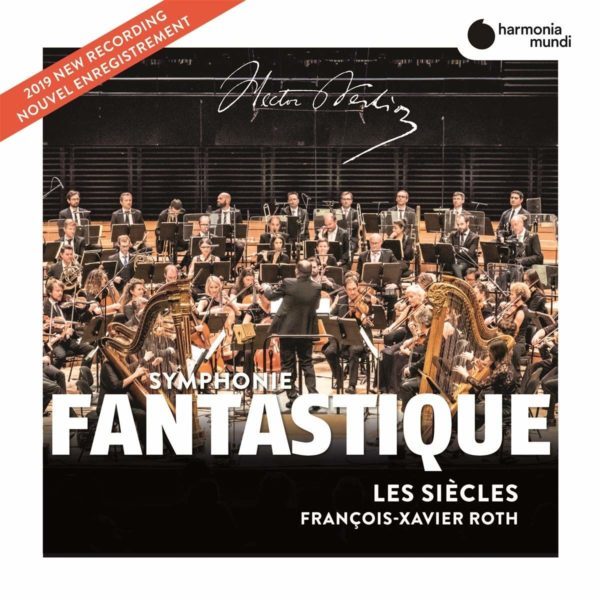 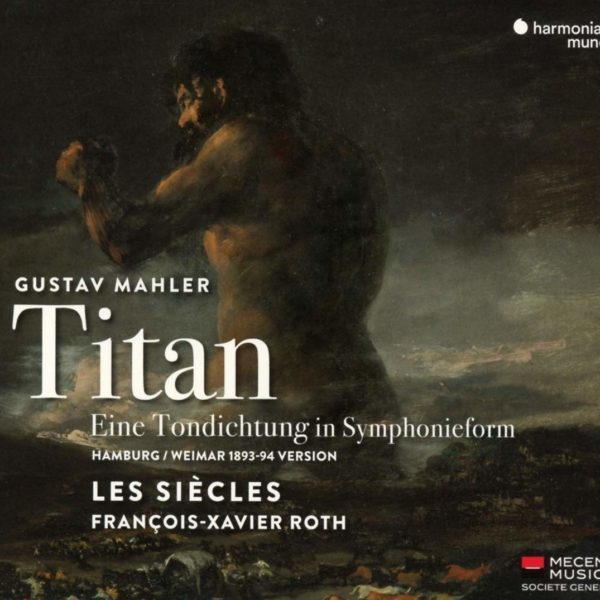 Back to the sources !
Les Siècles has worked from the Budapest, Hamburg and Weimar manuscripts, in close collaboration with Universal Edition, the musicologist Anna Stoll Knecht and Benjamin Garzia, to offer us, on the types of instruments on which it was premiered and for the first time on record, the second version (Hamburg/Weimar 1893-94) of Mahler’s First Symphony. Initially presented as a symphonic poem in two parts and five movements entitled ‘Titan’, this version continually faced severe criticism as it developed. The fascinating reconstruction testifies in many respects to the genius of one of the greatest symphonists of the modern era! 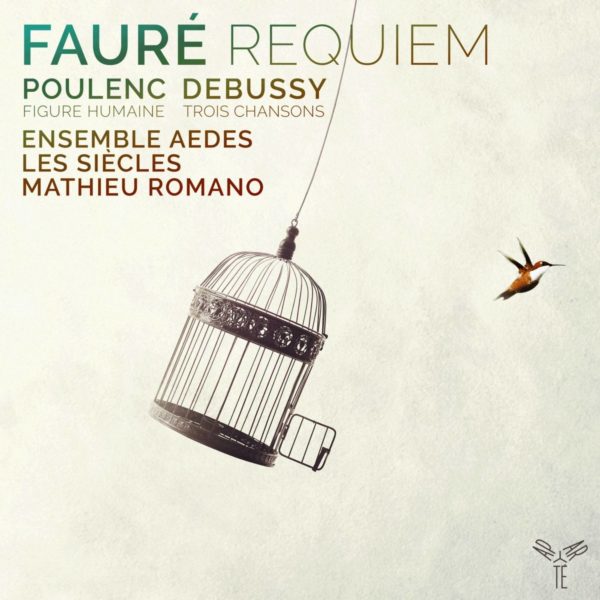 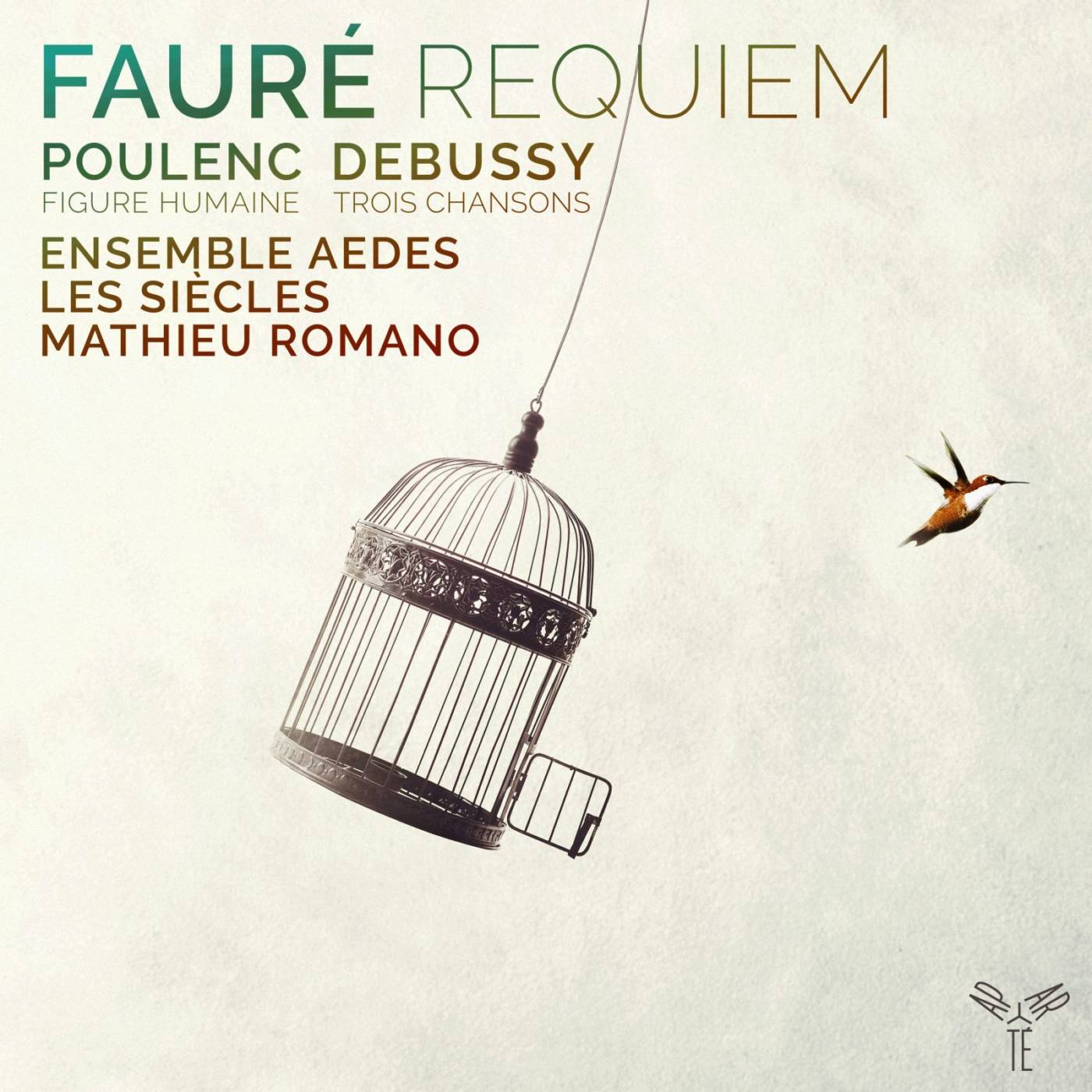 A new aesthetic calls for new forms: such is the challenge the composer set for himself in the two works presented here. In Les Nuits d’été, Berlioz pioneered, well before Mahler and Ravel, a song cycle for voice and orchestra. In Harold in Italy, scored for large orchestra and solo viola, he experimented with the symphonic genre. These period-instrument performances by Les Siècles, led by François-Xavier Roth, with violist Tabea Zimmermann, also feature Stéphane Degout in the vocal cycle, heard here in the composer’s own version for baritone. File under: out of the ordinary.

A century after his death on 25 March 1918, many harmonia mundi artists are eager to pay tribute to Claude Debussy, the magician of melody and timbre, the great ‘colourist’ and father of modern music. With the musicians of Les Siècles, we have the opportunity to discover on period instruments the original colours of such key works as Jeux and the Nocturnes. After his sumptuous recording of Ravel’s Daphnis et Chloé, François-Xavier Roth adds a new and splendid achievement to his discography.

A master of orchestration !
When Ravel orchestrated his works, the scoring emerged with total spontaneity, as if by magic, for he had already worked out his orchestral colours with immense care at the piano. The fascination of the Orient or the fantastic, poetic homages, the enthralling world of childhood – everything here is suffused with subtle refinement, in the use of forms inherited from the 18th century as in the choice of sonorities suited for storytelling. Who better than Les Siècles could recreate this world, as magical as that of the rarely performed Shéhérazade overture?

READ THE BOOKLET (pdf)
Buy on 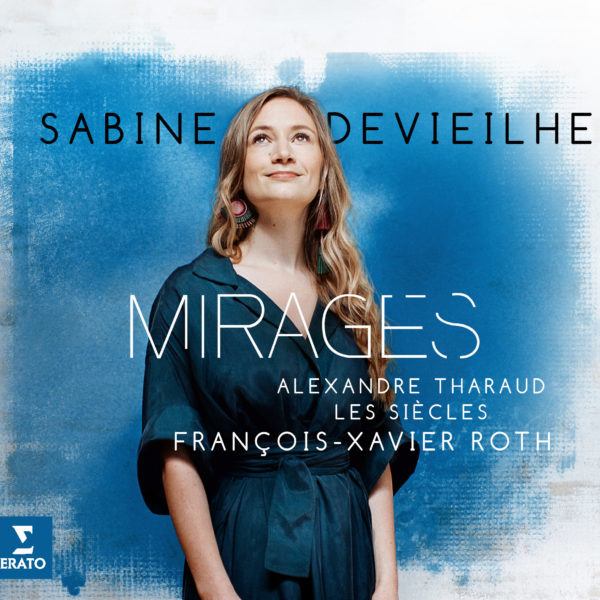 This release by hot French soprano Sabine Devieilhe has multiple strengths that propelled it onto the charts right out of the box, so to speak. Appreciation for Devieilhe’s manifest vocal gifts should not obscure the superb work done by recording and mixing engineer Hugues Deschaux, working in the Salle de répétition no. 1 of the Philharmonie de Paris. Especially on the orchestral tracks featuring the group Les Siècles under François-Xavier Roth, Deschaux creates a mysterious sound environment in which Devieilhe seems to hover alluringly in the distance. This fits the programming concept in an uncanny way: Mirages explores exotic heroines in late Romantic French opera and song. This is hardly an uncommon idea in the opera of the period, French or otherwise, but Devieilhe’s focus is both close and original: moving outward from the familiar Flower Duet from Lakmé (featuring mezzo-soprano Marianne Crebassa), she touches on both unusual and peripherally related repertory. Both are compelling. Do not miss the rarely heard Quatre Poèmes Hindous of Maurice Delage, composed in India and making the orchestra most evocatively into a traditional Indian instrument. Likewise, Devieilhe links heroines such as Berlioz’s Ophelia to the emergence of the themes here. The mix of orchestral and piano-accompanied pieces is slightly jarring, but this is in the main both beautiful and compelling. 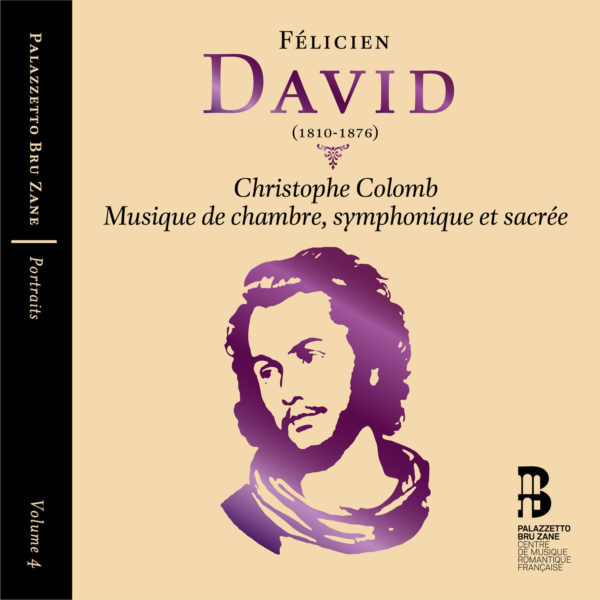 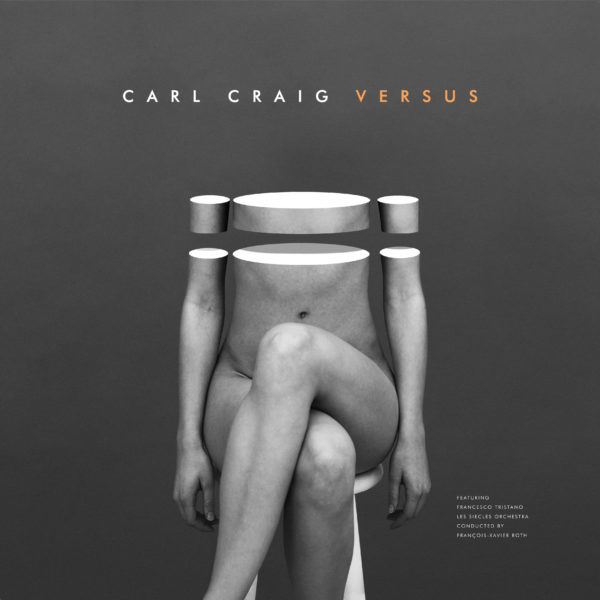 The arrival of an orchestra like Les Siècles on the harmonia mundi label is entirely logical: ever since it was founded by François-Xavier Roth in 2003, its musicians (mostly belonging to the new generation) have succeeded in placing several centuries of musical creation in perspective by playing the works they tackle on precisely the instruments used at the time of their premiere – without the slightest concession. The result is quite simple dazzling: never, since it was first heard, has Daphnis et Chloé displayed such a shimmering sound, revealing an infinity of details without ever losing sight of the subtle beauty of the most French of the great ‘Ballets Russes’. 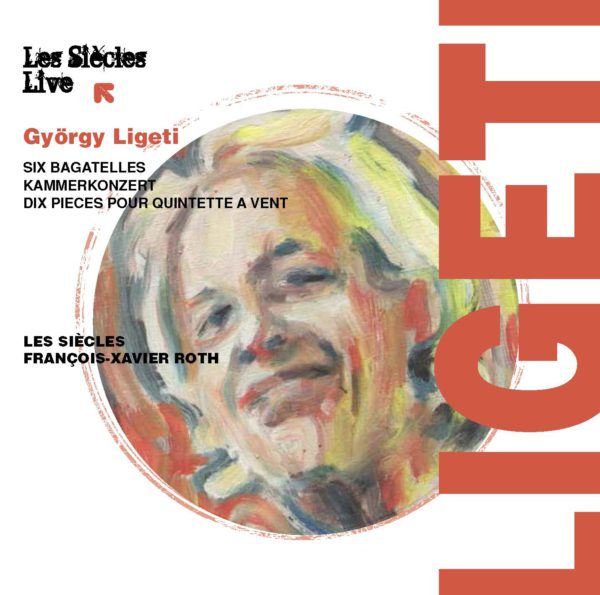 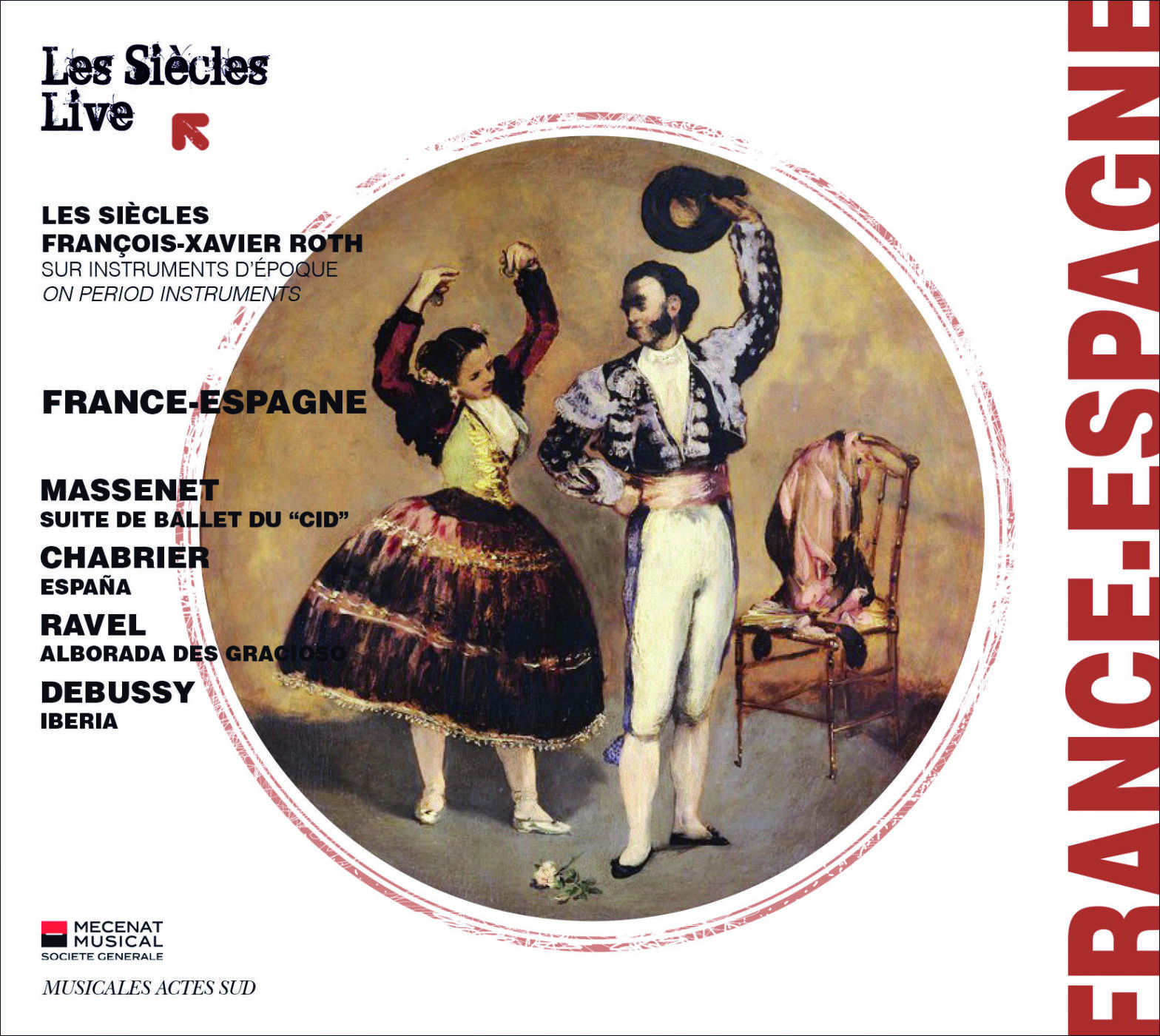 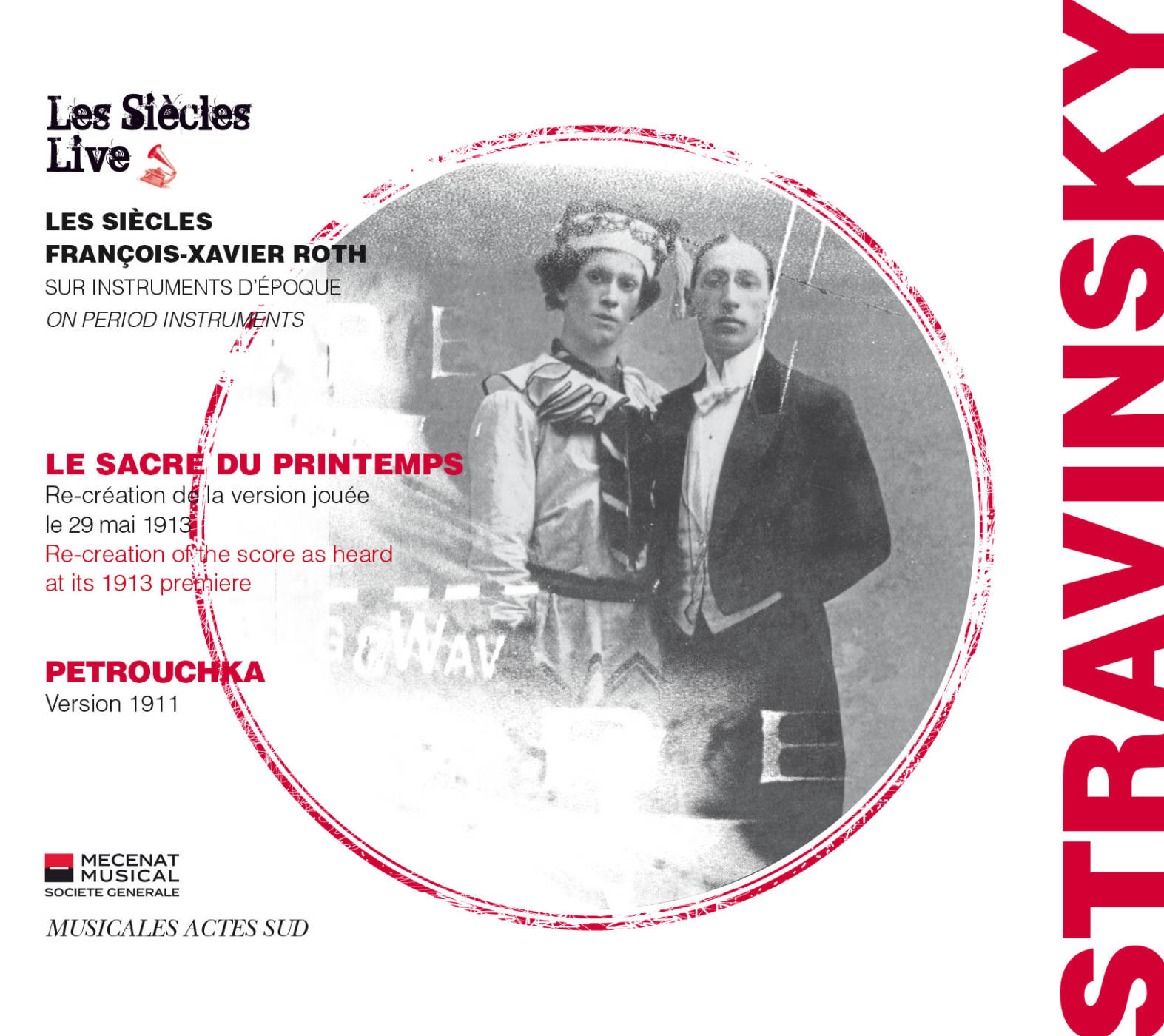 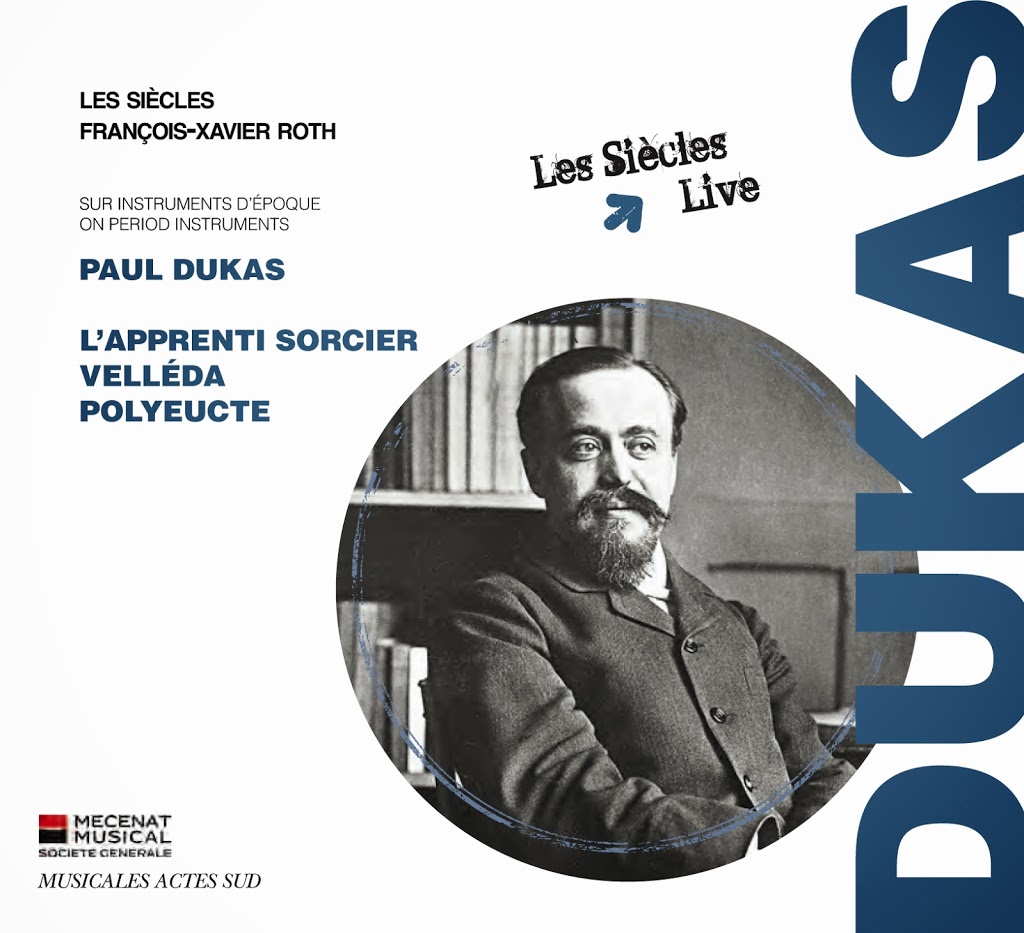 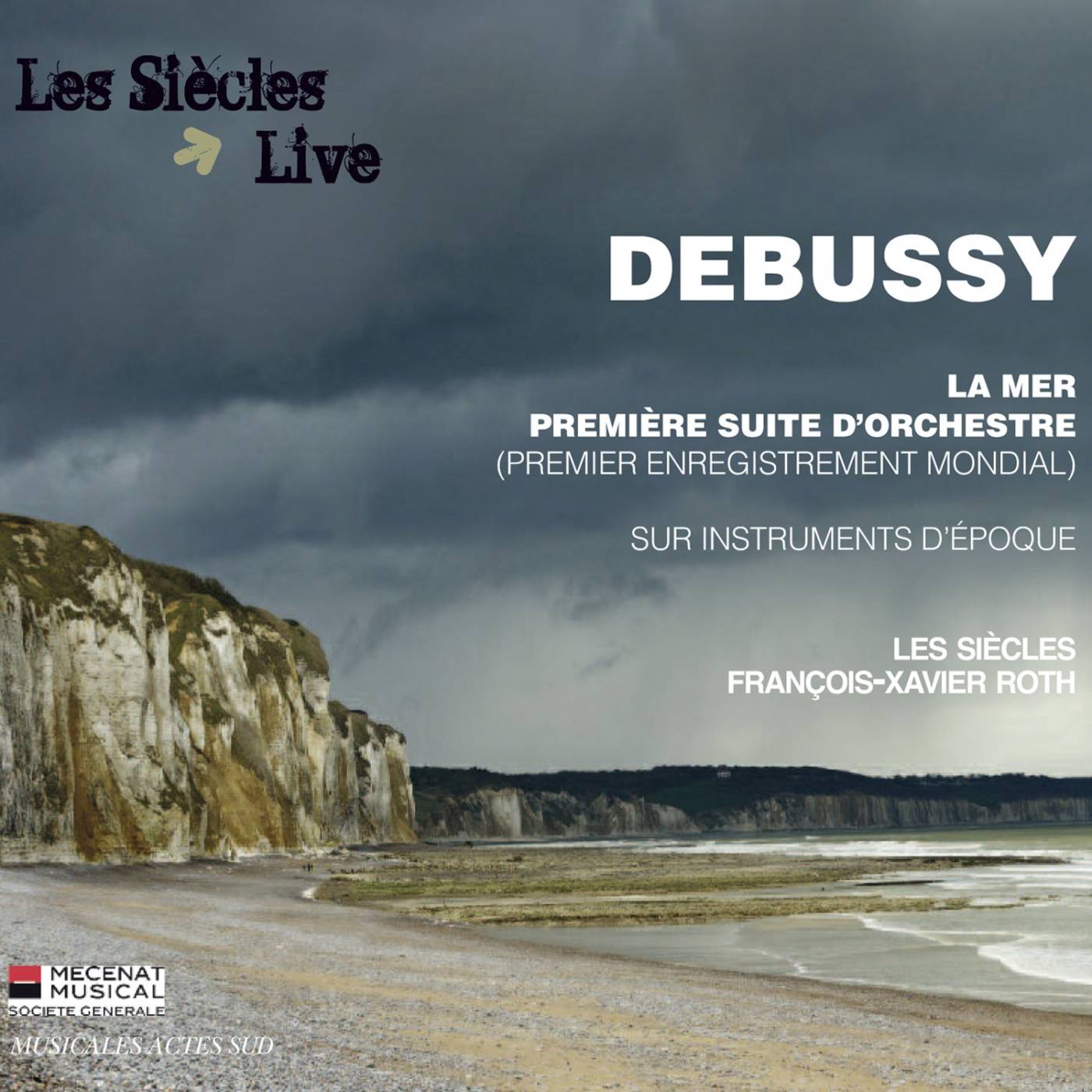 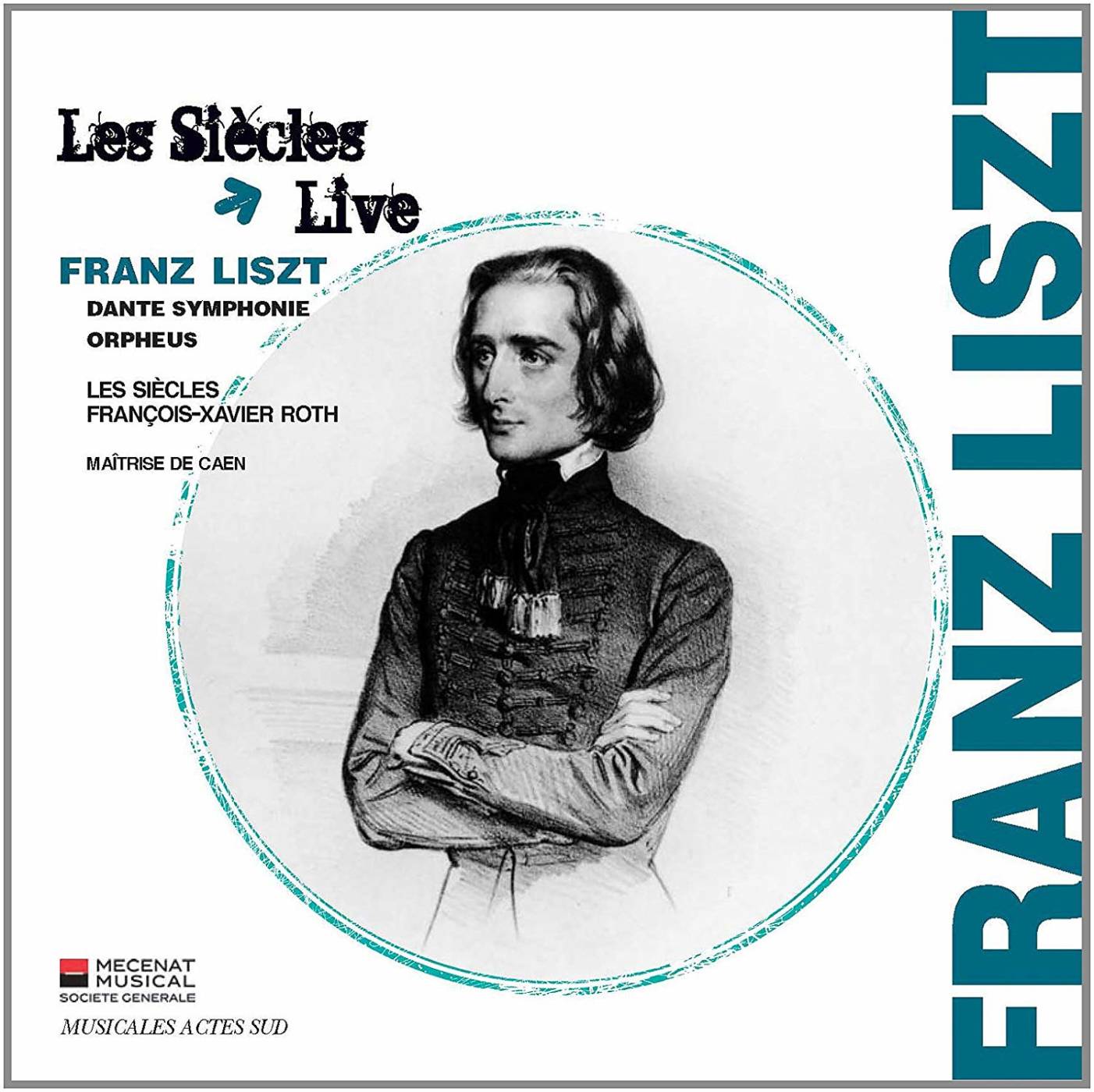 This CD marks the beginning of a new recording cycle of the complete symphonic poems of Richard Strauss as performed by the SWR Sinfonieorchester Baden-Baden und Freiburg and their principal conductor, François-Xavier Roth. 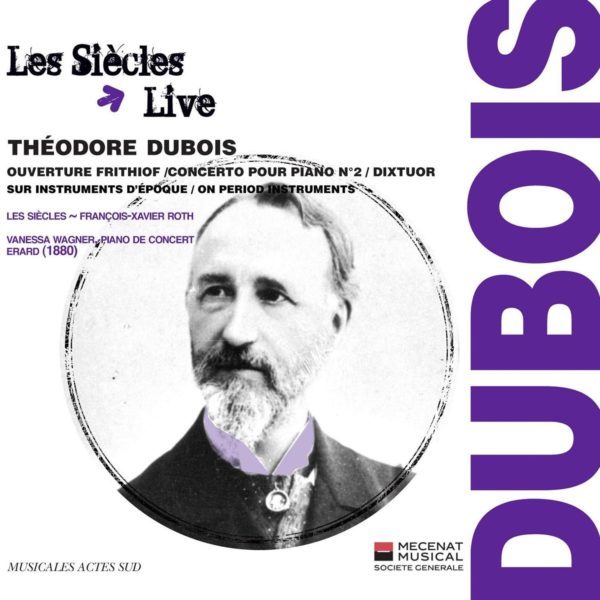 « The result, as performed here, sounds like more harmonically adventurous Gounod. It’s utterly professional and rich in good tunes… The recording is prepared and delivered with impressive commitment. »
Gramophone Magazine 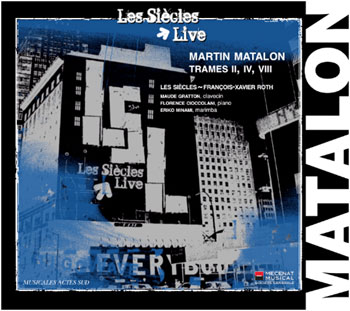 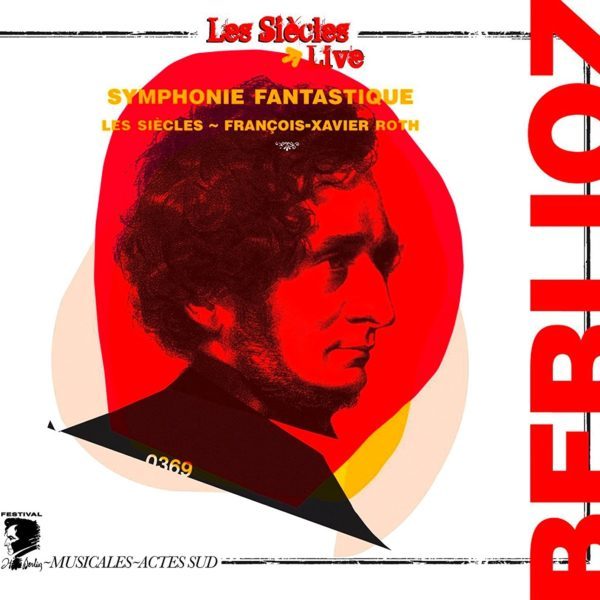 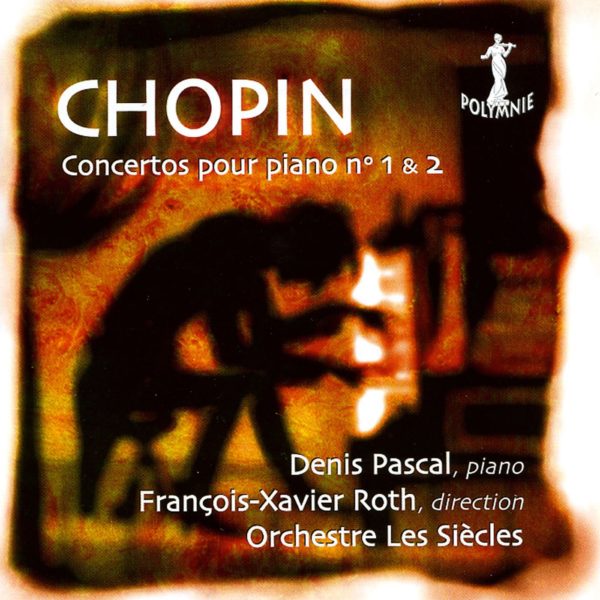 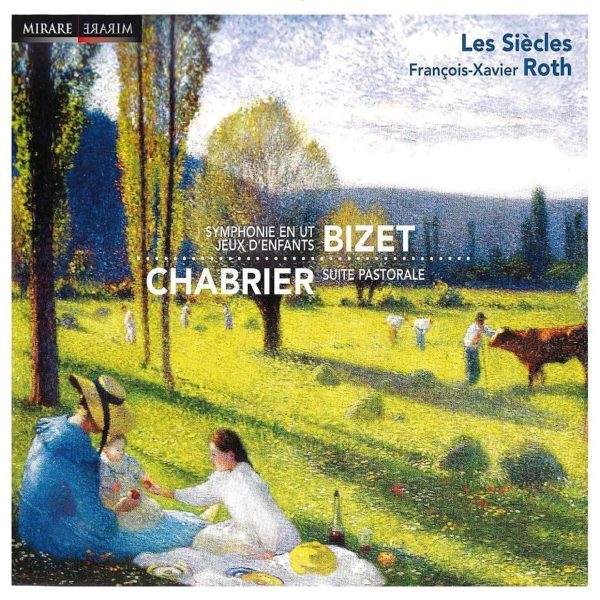 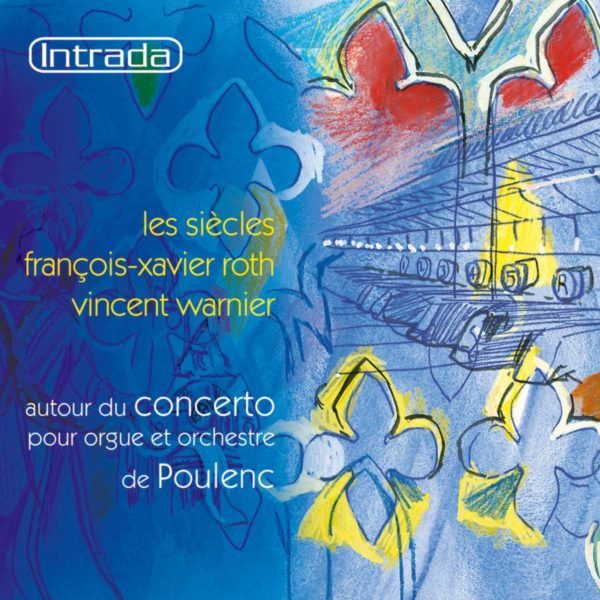